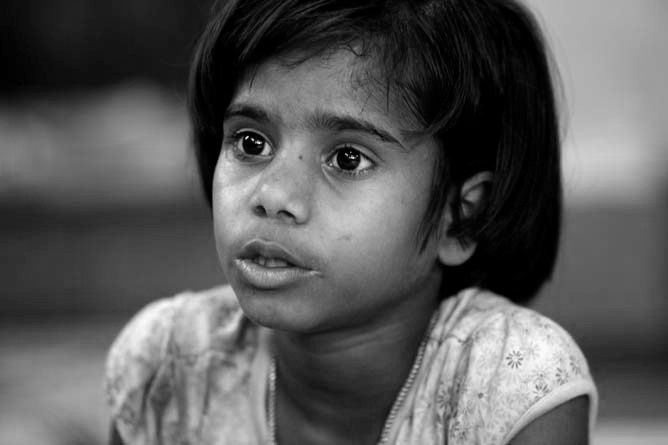 I am currently working in Delhi and generally travel as I look after Business Development in a reputed company at a senior level. My timings are such that I get-up early, leave early and come back late. Thus I am detached to what is happening at the house front and my wife handles it all.

This incident is about 2 months back when I was working in Ahmadabad, and unfortunately I happened to be on sick leave.

I was a little upset to find that my maid servant was bringing her 10 year old daughter for work every day. Initially I thought, might be her daughter had taken a holiday from school. But I could feel that this was getting repeated. On my enquiring my wife informed me that she is a new maid and even she is not happy she bringing her daughter for work and worst is she have been lending a helping hand to her mother in cleaning the utensils and dusting.

On my insisting my maid informed me that her husband drives auto-rickshaw and she works in the houses. Recently, her husband met with an accident and not only his auto-rickshaw has broken but he too received serious injuries and is hospitalized. The expenses of medicines and repairs of auto-rickshaw are very high. She had no money left to pay the Annual Fees of ‘Geeta’, her daughter, and buy books and uniform, thus she dropped her out from the school. She had to also leave 2 houses of work as she was unable to handle with regular visits to the hospital.

My anger turned into sympathy. I asked her which school she was studying. She was going in a small private school and had recently entered into Class-V with good marks. I could see the pain in the eyes of my maid who was visibly unhappy by not sending her daughter to school. Leaving her alone was not advisable as there is no one in the house, she said.

We immediately decided to find some solution. It was already 2 months she had left the school and the classes had started in new session.

The expenses were not much and we could afford it easily. We decided to finance Geeta’s school fees, buy her new books and uniform and look after her studies until her father gets back to work. My wife decided to teach her what she would have probably lost in 2 months.

But before that I decided to ask Geeta, `Do you want to go back to School ?’ Her eyes became wet with tears, ‘Can you send me back to the school ?, she asked’.

I said Yes. We will.

Geeta’s mother cried like a child. She wanted to deduct the expenditure involved from her salary every month, but we never agreed – God has given us enough to take care of such things.

Satisfaction was, Geeta went back to school and she is one of the brightest students in the class.

I got transferred to Delhi and now head Delhi Branch, but our commitment towards Geeta is as strong as ever. My wife has already sent the Quarter fees of Geeta and is in touch for her education.

This episode was limited with-in the walls but now due to “Khushi” campaign, I am sharing it. It is a different feeling to do something different.